“The probability that an odd virus . . . infected the recording capabilities of the . . . South 1 surveillance video cameras precisely during all these macings . . . with the handheld video cameras breaking at the same time is about as likely as two comets colliding, ” said Sparks.

END_OF_DOCUMENT_TOKEN_TO_BE_REPLACED

“The U.S. attorney's office has launched an investigation in conjunction with the civil rights division of the U.S. Justice Department, and a new group of inmates represented by Douglas R. Sparks, is preparing to file suit. ”

“The inmates [were] repeatedly maced in the face and genitals while huddled in their cells,’ Wynn said . . . and were ‘dragged to areas outside the view of video cameras to be beaten further.’ This year, the corrections department installed 175 surveillance cameras throughout the jail . . . to serve as a deterrent to violence. The mothers, and their attorney, Douglas R. Sparks, said [the jail has not produced the videotapes].

END_OF_DOCUMENT_TOKEN_TO_BE_REPLACED

“Mothers are worried human rights stop at the jail gates. What is this country willing to accept?”

“After being horribly burned, Harris was shackled to his bed for weeks on end in an Arizona prison. Attorney Sparks says the treatment of Harris was cruel and that it is hard to overstate the deprivation suffered by Harris.”

$850,000 awarded by jury to the surviving children. The District’s pretrial $60,000 settlement offer had been rejected by attorney Sparks.

END_OF_DOCUMENT_TOKEN_TO_BE_REPLACED

“Many stabbing cases are the result of shocking negligence . . . Sparks obtained the largest prison death award in D.C. for the family of Joseph Daniels.”

“A DC Superior Court jury has ordered the city to pay $850,000 to the family of a prisoner fatally stabbed at Lorton. The family’s attorney, Douglas R. Sparks, said that only two correctional officers, rather than the three required, were on duty at the time.”

END_OF_DOCUMENT_TOKEN_TO_BE_REPLACED

“Doug Sparks recently won an $850,000 verdict against the DC government. The highest verdict to date in a DC prison wrongful death case, the story was featured in the Washington Post and Channel 7 television news. The DC government is now showing a much greater interest in settling cases brought by . . . Sparks!”

“On the same day Sparks settled a previous stabbing case for Joseph Daniels, Daniels was stabbed to death at Lorton.”

“The District settled quickly . . . because DC government lawyers noted that lawyer Douglas Sparks was prepared to show prospective jurors a photo of the 12-inch knife jutting from his client’s back . . . . Sparks is one of a handful of local lawyers that represent prisoners . . . . His firm was the most prolific in 2001.

END_OF_DOCUMENT_TOKEN_TO_BE_REPLACED

“DC lawyer Douglas Sparks, who has represented inmates in thousands of personal injury cases over the past 15 years, says stabbing cases became an easy win because the District did nothing to keep inmates from injuring one another. ”

“Director Brown is one of the rare kind of corrections professionals who is not threatened by listening to the views of other people and giving them fair consideration. The biggest thing this guy brings is hope, says lawyer Douglas R. Sparks.”

END_OF_DOCUMENT_TOKEN_TO_BE_REPLACED

On the Lookout for the New Jails Chief. Washington Post. 29 December 2005

“Douglas R. Sparks, an attorney who has represented many prisoners, said he would be ‘extraordinarily alarmed’ if Brown turned down the District job.”

END_OF_DOCUMENT_TOKEN_TO_BE_REPLACED

“. . . Douglas R. Sparks, an attorney for the family of one of the murdered inmates, said he is considering filing a lawsuit against the District if it continues to fail to operate the jail in compliance with the statute.”

END_OF_DOCUMENT_TOKEN_TO_BE_REPLACED

“Security cameras are a good start, but they help deter violence only if a guard is watching the monitor,” said Sparks.

“Jail officials say cameras make the place safer, although critics such as Sparks say it still doesn’t solve the problem of understaffing . . . in a jail that holds on average 700 more inmates than it held just five years ago.”

“But now there is evidence that correction officials are breaking their own rules, says one DC attorney, Doug Sparks. ‘For at least one and a half hours a day, including today . . . posts on the cell block are abandoned.’ Sparks says . . . he is ‘sick and tired of everyone talking about it, studying it, [and grieving families having to sue] about it. It’s cruel, it’s unconstitutional, it’s inhumane, and it’s a disgrace for this city.’”

END_OF_DOCUMENT_TOKEN_TO_BE_REPLACED

“Douglas R. Sparks, a Washington lawyer who has represented inmates assaulted and killed in the jail, said [the jail] is extraordinarily dangerous . . .‘These numbers illustrate that the DC Jail is a facility full of armed inmates . . . When inmates fear for their lives, they arm themselves for protection. It is cruel that inmates at the District’s jail, most of whom are awaiting trial, are forced to live in these violent conditions.’”

END_OF_DOCUMENT_TOKEN_TO_BE_REPLACED

“What do we know today that the public did not know last year? In every major [jail] stabbing and shooting receiving publicity since December 2002, no correctional officer saw or heard it. And each of these incidents occurred when a prison guard had abandoned his or her post in the housing unit, after superiors sent no relief guard to replace them.”

END_OF_DOCUMENT_TOKEN_TO_BE_REPLACED

“To fail to pass legislation in this arena would constitute a failure to recognize and act on what is potentially a dangerous situation for inmates, staff, and residents of the District of Columbia. In the words of one attorney [Douglas Sparks] who testified at a recent Judiciary Committee hearing, “I support wholeheartedly what you are doing. It will be a tremendous injustice if [this bill is not passed].”

END_OF_DOCUMENT_TOKEN_TO_BE_REPLACED

Back to In the News › 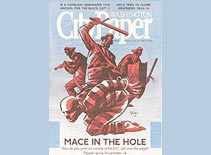 “The likelihood of the surveillance cameras malfunctioning with the handheld video cameras breaking at the same time is about as likely as two comets colliding.” 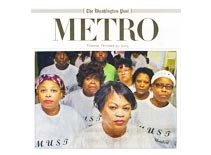 “The inmates [were] repeatedly maced in the face and . . .were ‘dragged to areas outside the view of video cameras to be beaten further.’” 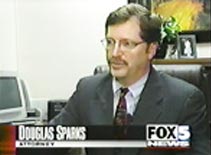 "The treatment of Harris was cruel. It is hard to overstate the deprivation he suffered.” 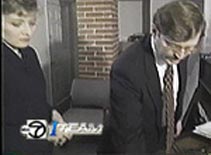 “Many stabbing cases are the result of shocking negligence . . . Sparks obtained the largest prison death award in D.C."

"These are just a few of the weapons predatory inmates manufacture in D.C. prisons. This one was used to murder my client's son." 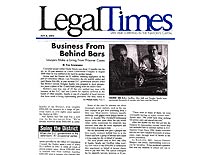 The Legal Times featured Mr. Sparks and many of his cases in a cover story about the financial cost of not protecting inmates from violent assaults. 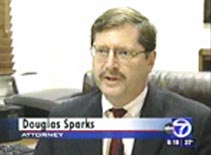 "Security cameras are a good start, but they help deter violence only if a guard is watching the monitor." 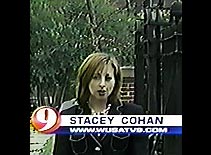 “But now there is evidence that correction officials are breaking their own rules,” says one DC attorney, Doug Sparks. 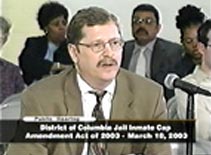 "I support wholeheartedly what you are doing. It will be a tremendous injustice if [this bill is not passed].”
Client Reviews
★★★★★
"Mr. Sparks is by far the best lawyer I have ever met. Lawyers are easy to find, but finding one who is smart, honest, thorough, and truly cares about people is very difficult. Every member of my family has trusted him for over twenty years, and he has never let us down. Mr. Sparks is REAL and passionate about helping others." Sanaz
★★★★★
"Doug made me feel confident and welcome after my first lawyer gave up on my auto accident case. I was impressed by his intelligence, fast thinking, and attention to detail." Auto Accident Client
★★★★★
"A truly rare attorney who is out solely for YOUR best interest. In the courtroom, Doug dominated. He is extremely skilled, and an expert in what he does." Criminal Defense Client
View More
Submit a Law Firm Client Review